As we enter the end of the 2020 wading bird nesting season, now is a good time to look back on the history of a certain species in our rookery. The Roseate Spoonbill, which is designated as “threatened” in Florida, is of special concern due to the destruction of its natural habitat in the state. However, over the past decade, their presence in the rookery has steadily increased.

Spoonbills did not start nesting in the rookery until 2010, although juveniles were roosting for years prior. Banded birds showed that most of the roosting individuals originated from the Tampa Bay area, but some also from Florida Bay. 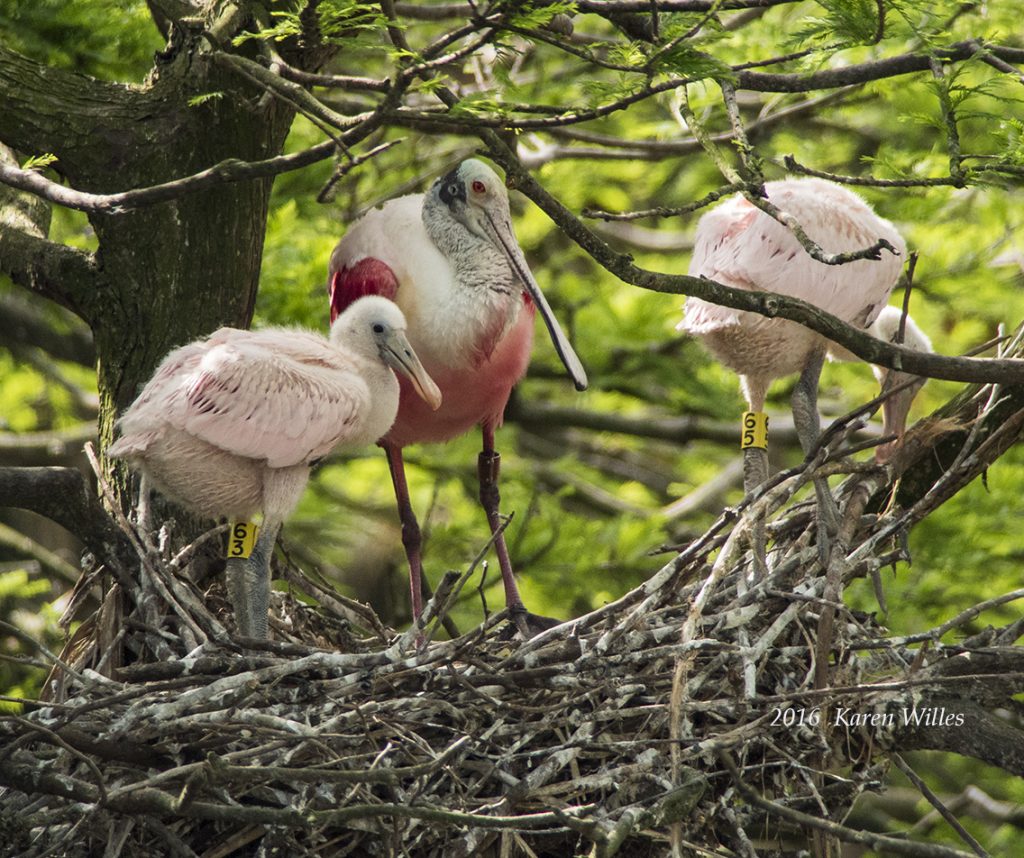 Read The Story of EB

In 2010, a maximum of 4 nests and 11 chicks were observed, the lowest of any other species breeding in the rookery at that time. The next year, 2011, was a peak year for the total nests of all species, with a maximum of over 800 nests observed in all. However, it was still a subpar year for Spoonbills, with only 16 nests observed at the peak. 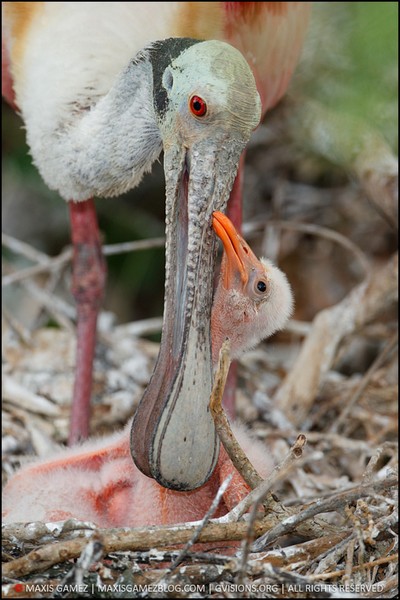 After two years of steady increase, the number of chicks sharply declined in 2013. In the previous years, multiple tropical storms and hurricanes hit Florida, so it’s possible that this disruption made it difficult for the Spoonbills to successfully raise their chicks. Heavy rainfall can impact the areas where Spoonbills forage by making them inaccessible and less rich. The number of observed adults also had a decrease of over 50 between 2011 and 2012, so there may have been less chicks because of the strain on the overall population. 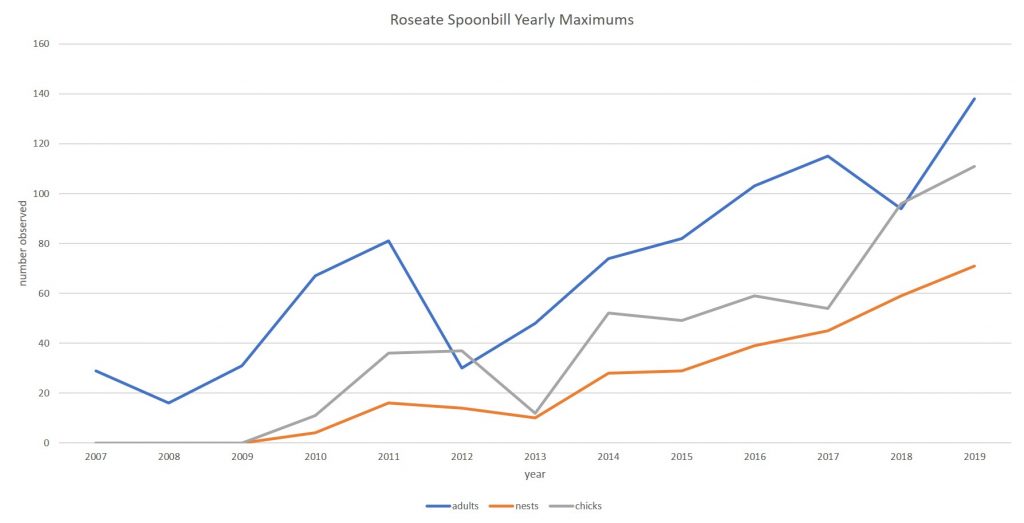 Whatever the reason for the drop, it has been all uphill from there afterwards! The number of nests and chicks continue to steadily increase every year as the Spoonbills established themselves in our rookery. What started as a tiny population with only 4 nests in 2010 has developed into a flourishing population of 71 nests in 2019. The sound of begging Spoonbill chicks fills the swamp every May and June, catching the attention of both their parents and photographers! 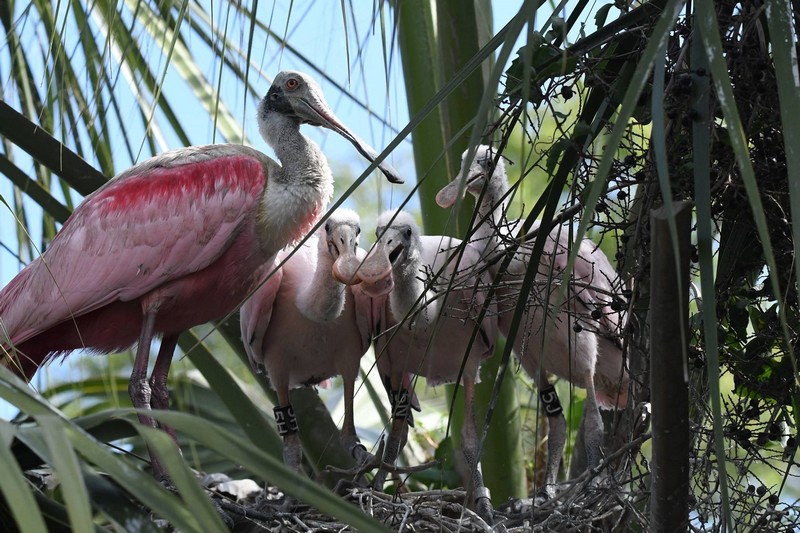 We hope to see more and more Roseate Spoonbills in the rookery over the next few years and will continue to provide the habitat so they will come. The splash of pink among the trees is always a welcome sight! 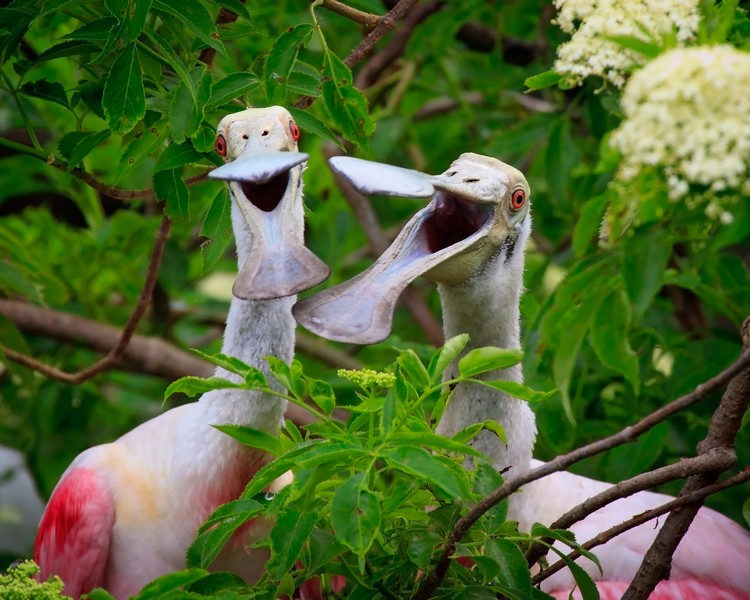