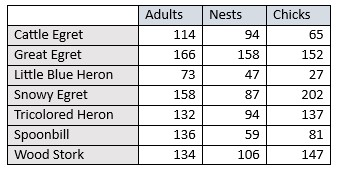 Even though this has been an unusual year for humans, it was business as usual for the birds! Our rookery was alive with activity throughout the spring and summer as the birds returned to court and breed. By May, the whole park was crawling with curious juveniles. Once again, some birds chose to nest in areas outside of the swamp, exploring the lagoon and conservation center. 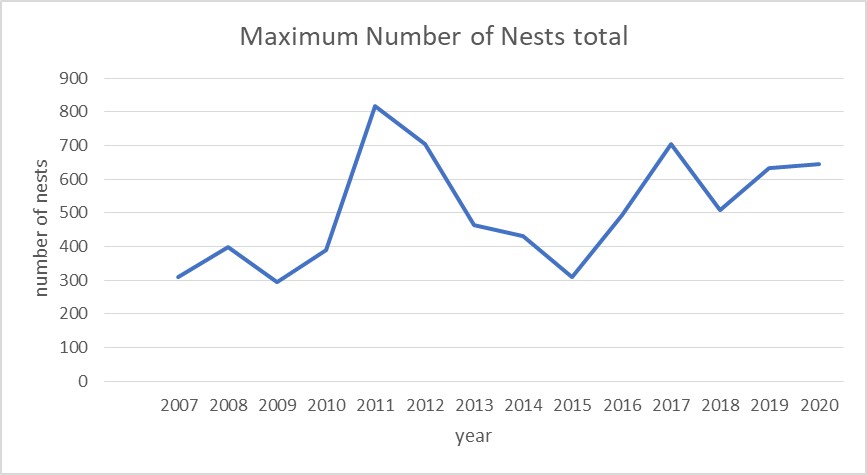 The Snowy Egrets were the most prolific birds this year, producing a maximum of 202 chicks! However, the threatened species of concern also had a pretty good year. The Rookery is an important hub for the Wood Stork and Roseate Spoonbill, so we were glad to see a large population of both species this year! The Wood Storks had their best year yet, with a maximum number of 106 nests. The Spoonbills continued to do well, with 59 nests. We caught and tagged five spoonbill chicks this year, and four of those were fitted with a radio tag so we can collect movement data. Little Blue Herons, another Florida imperiled species, produced 47 nests. 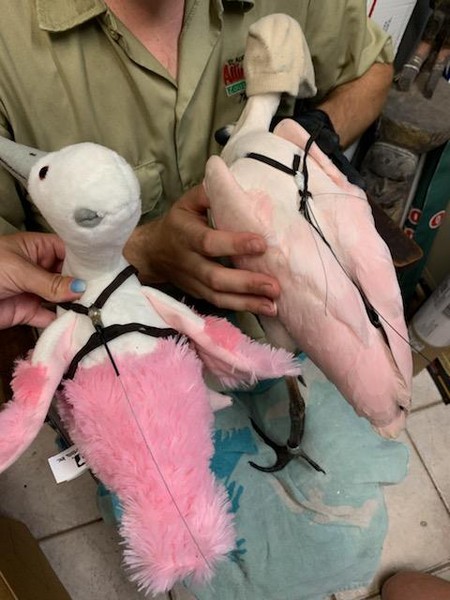 In addition to the usual species, there was one nest that stood out. This nest belonged to a White Ibis! This is a first for the Rookery, and we were glad to see that nest produce two adorable ibis chicks. They are about a month old now and can be seen wandering around the Rookery during the day. 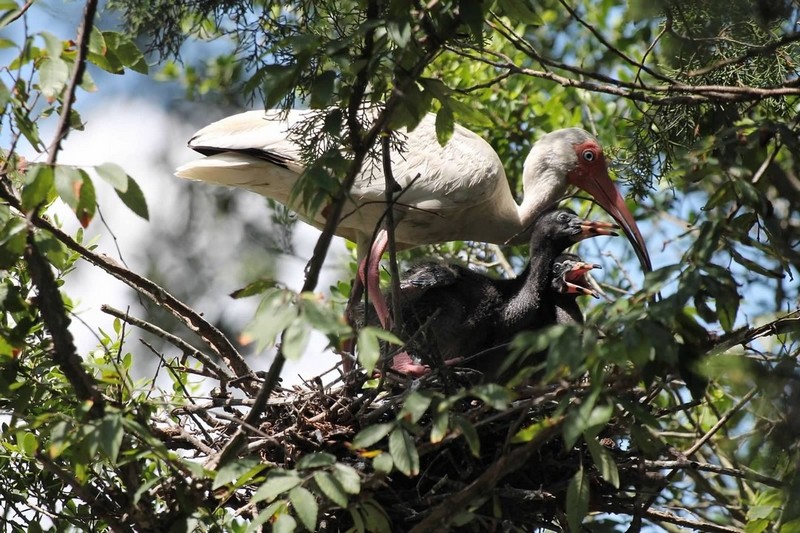 It was a real treat to get to see the growth of the rookery this summer, and it makes me very happy to see juveniles of many species leaving the nest and getting to know their habitat! Hopefully next year will be an even more prosperous year for our beloved birds.