Common roosters, the Yellow-crowned (Nyctanassa violacea) and the Black-crowned night herons (Nycticorax nycticorax) are at the St. Augustine Alligator Farm’s rookery. These species is commonly found around the rookery during the winter and early spring months, normally arriving to Florida in late fall.

Yellow-crowned and Black-crowned night herons can be found throughout the United States, southern parts of Canada, and parts of Central and South America. They inhabit wetlands such as; marshes, swamps, lagoon, estuaries, mudflats, and mad-made wetlands. Night herons have also been known to live in residential neighborhoods and parks that are close to water. 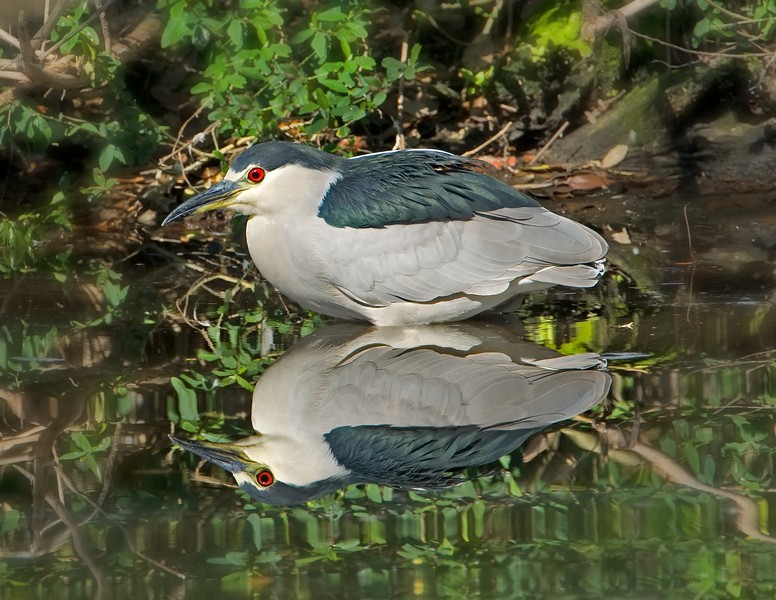 Hunting for prey occurs when wading through shallow waters and mudflats at low tides, normally hunting for small fish and crustaceans.

Even though these species have the same common name; only separated by color, their appearance is different. Yellow-crowned are a medium sized bird with a slim body and an elongated neck. Their body is a gray-blue color with a black and white patterned head that has a distinctive yellow crown. 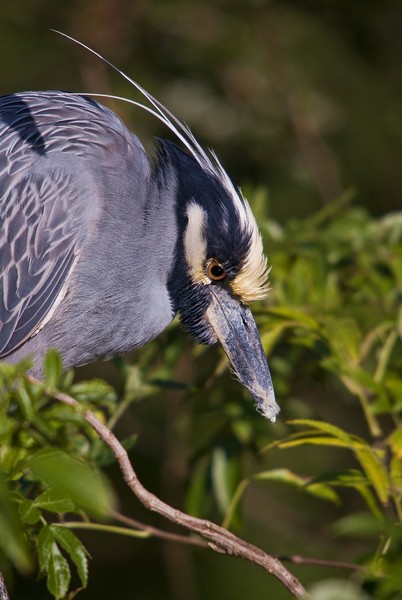 Black-crowned have a shorter stockier body that starts white at the neck then fades to gray with a black back, mantle and crown. 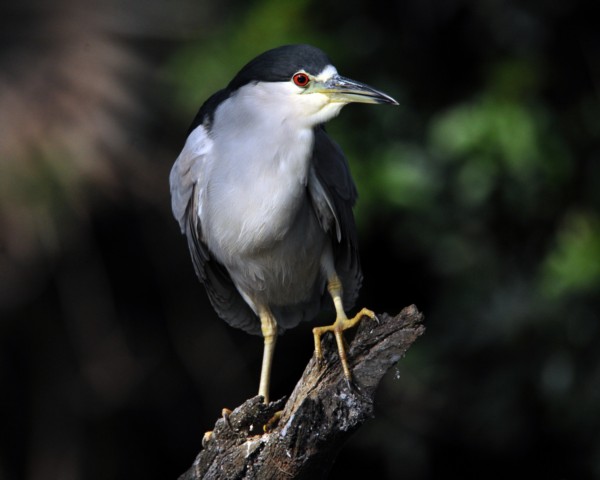 In both species during breeding season the legs will turn from a yellowish-green to a pinkish-red color, and both species grow a long white plum from the back for their crown.  Nesting normally occurs in trees or shrubs that are near or over water. Nests are shallow in shape and courtship is initiated by the male who selects a territory, then attracts the female with a “stretching display”. Once together both parents will build the nest.

Both of these beautiful herons are considered a species of Least Concern (IUCN) and are a welcome winter addition around the rookery.  Once the other wading bird species begin to arrive in greater numbers, the night herons depart north for their nesting grounds. 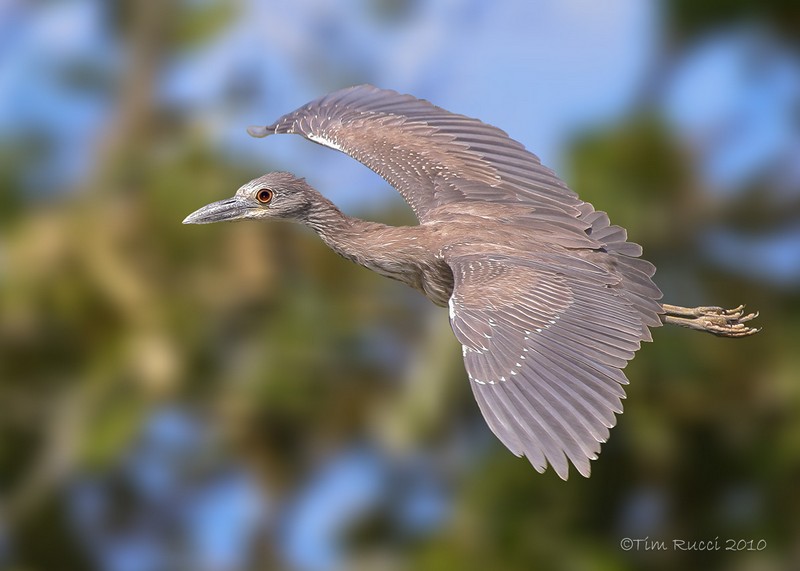